Before your klong tour Bangkok departs, there is the possibility to have some refreshments at Starbucks at Tha Maharaj (also the meeting point). Prices start from THB 30 for food and THB 55 for drinks. Make sure you arrive in time to check out the river views. 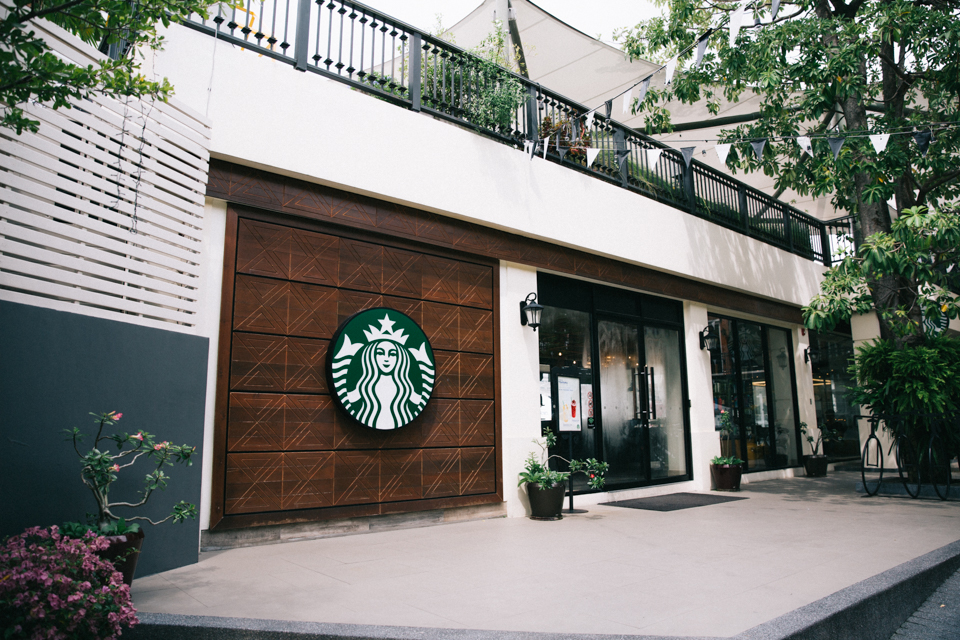 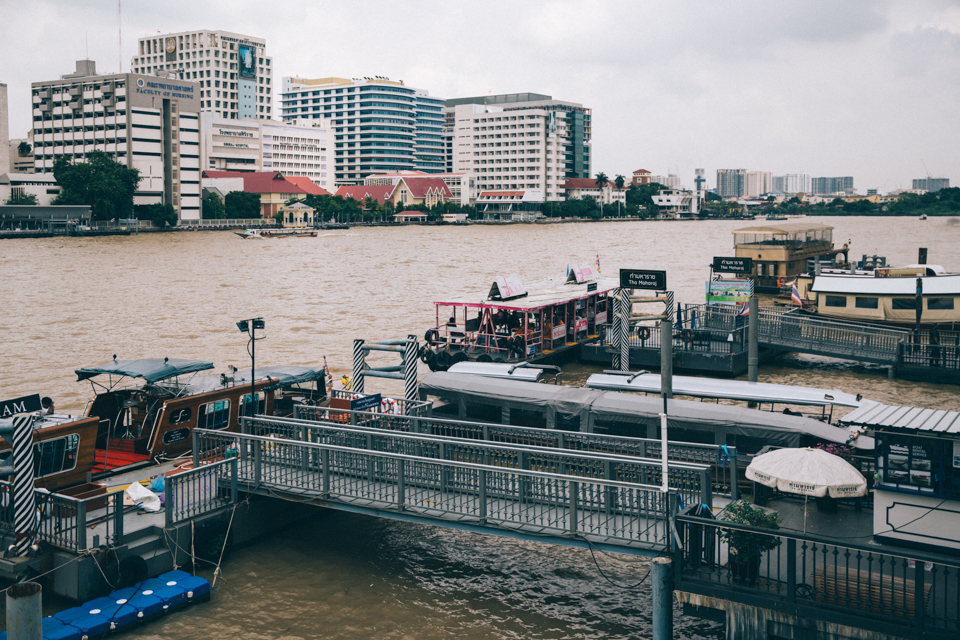 Get your false teeth fixed at a street-side dentist for only THB 200(!) per tooth. Spot the super glue among the equipment and marvel at the hygiene standards while having a look in their workshops. 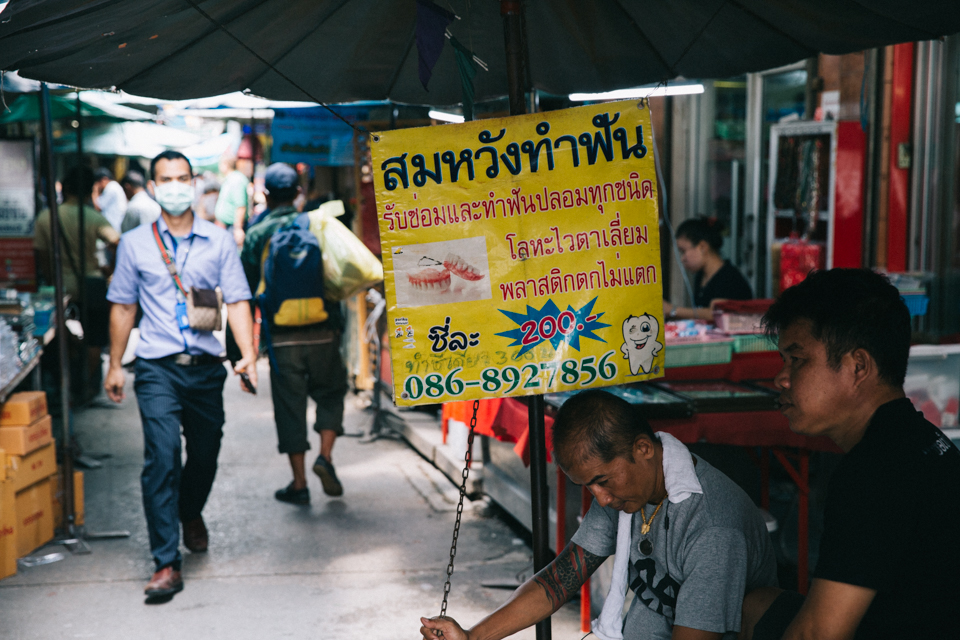 Explore the black magic section of a bazaar specializing in magical amulets, said to protect the wearer against – for example – AK-47 gunshots. Learn the ins and outs of the multi-billion baht trade in natural oddities, penis charms and foreign fetishes and discover why you should never wear an amulet when having sex. Near the amulet market there can also be found the highest concentration of fortune tellers in Bangkok. 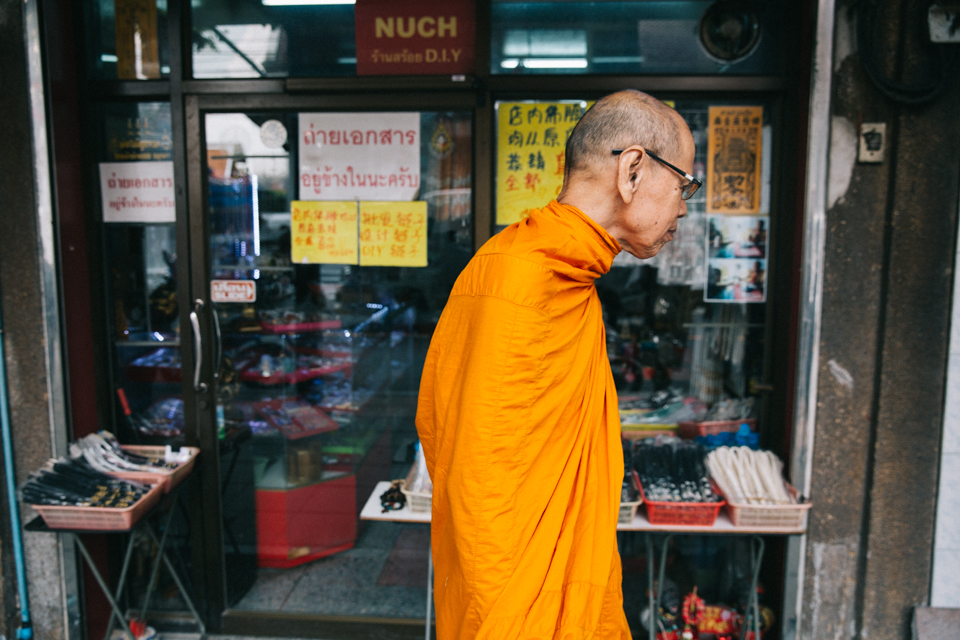 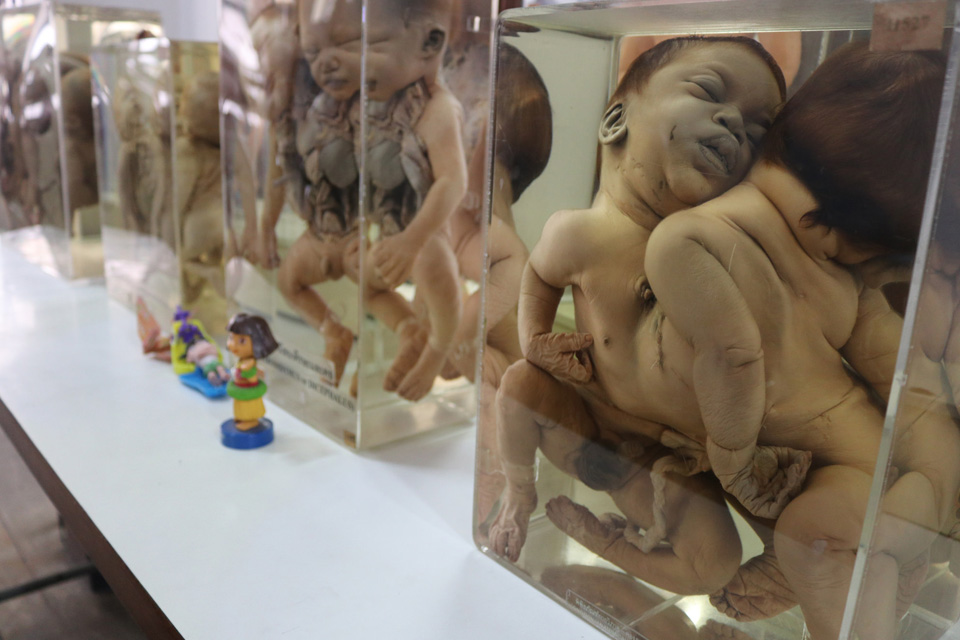 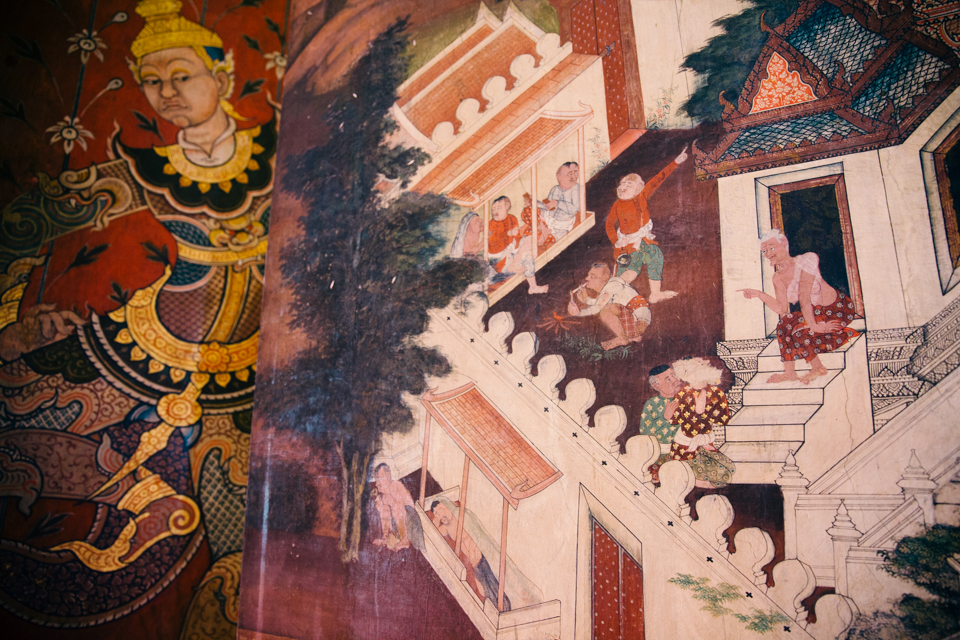 Board a private longtail boat through the remaining canals that once earned Bangkok the title of “Venice of the East” and see the everyday lives of the city’s inhabitants. 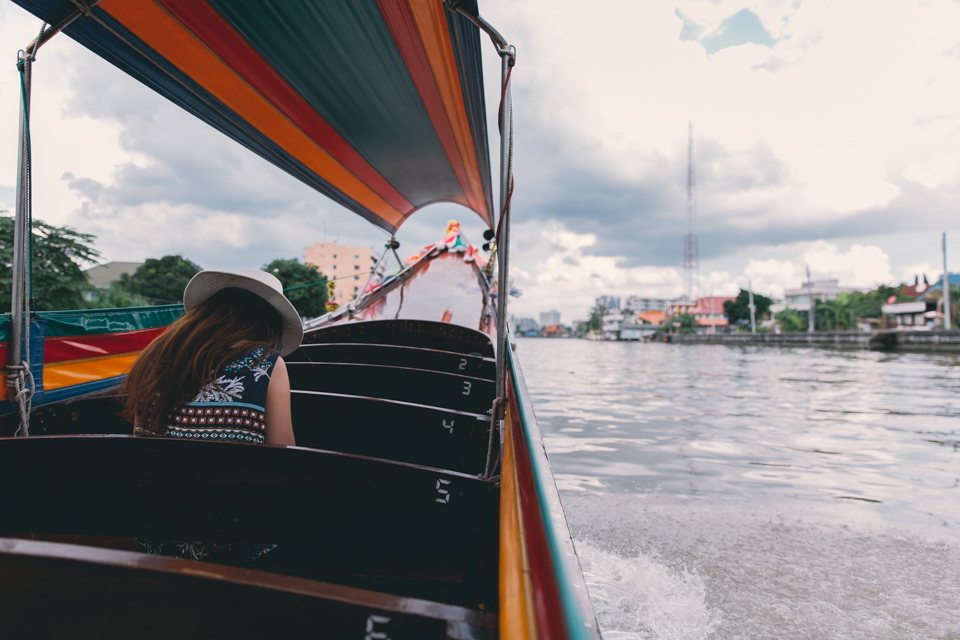 Photograph the Swan Barge Temple, shaped like a royal barge with a dragon prow and the largest of its kind in the world. 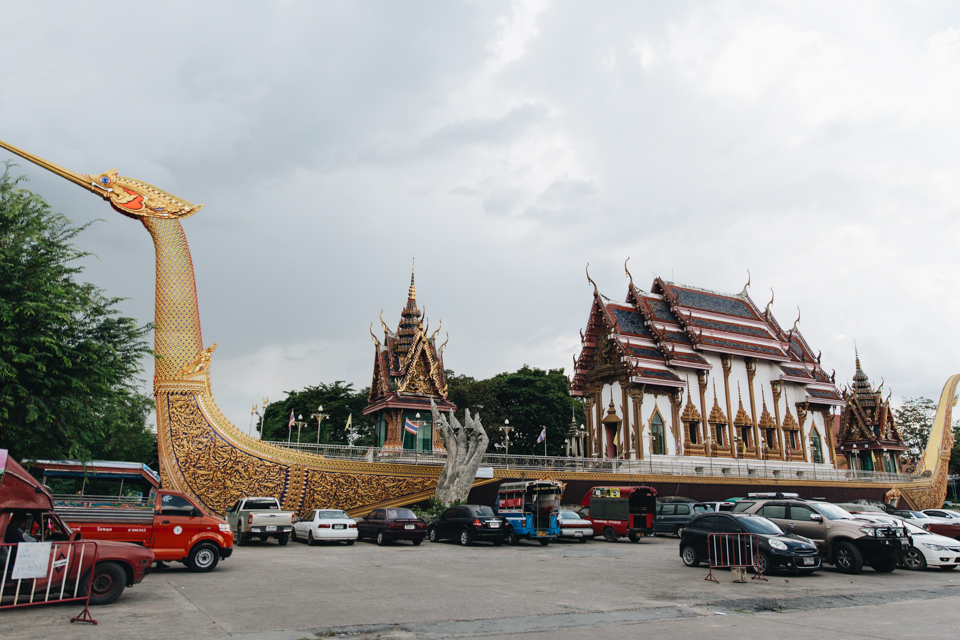 Participate in the coffin sleep ritual together with several dozens of Thais to get rid of your bad luck. It starts with a prayer session, after which participants give donations to the temple in exchange for having the ritual performed on them. A monk splashes some holy water on your head and other monks perform death rites on you while you briefly lie in a coffin. After the ritual, you will be reborn with all your bad deed buried behind you and your life span has been extended. Learn about the reason why participants turn their head west when lying in the coffin, despite common belief that you will have bad dreams when doing so. 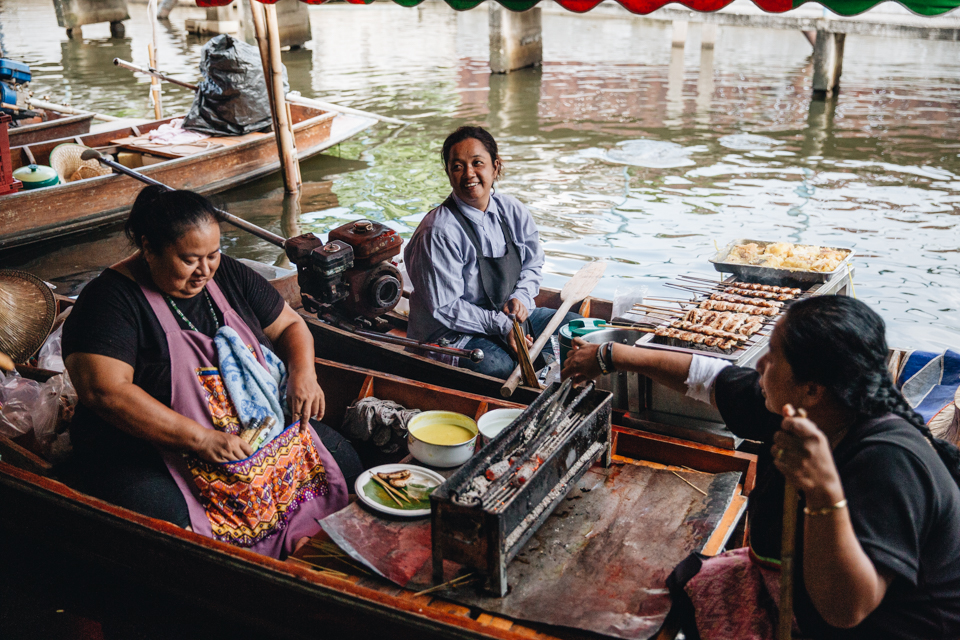 The House of Haunted Dolls

Get introduced to the world of child angel dolls, said to be powered by a living soul that some believe can change people’s lives, while visiting the house of their creator. Learn how the ‘supernatural’ dolls became so popular that an airline now allows passengers to buy seats especially for them and that a restaurant – after repeated requests from customers asking waiters to serve their dolls – had to launch a special promotion especially for them. Your guide also explains you how the creator brings the dolls to life and how they differ from the infamous “golden boys”, which are being worshipped for the same reason.

Evaluate your klong tour Bangkok and say goodbye to your guide and the other travellers in the group. Your guide helps you to get back to your accommodation or any other place you would like to go from Bang Phu MRT Station.

Get served by robots while ordering all-you-can eat Japanese food (THB 349 for Shabu Shabu Buffet or THB 489 for Teppanyaki Buffet) from a tablet. The robot waiters travel up and down the restaurant to deliver the food to your table and occasionally they also break into some mad dancing. After the Robot Restaurant, your guide helps you get back to your accommodation or any other place you would like to go from Talat Bang Yai MRT Station. 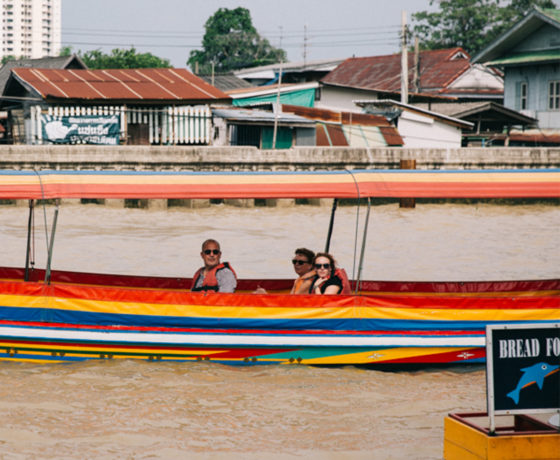 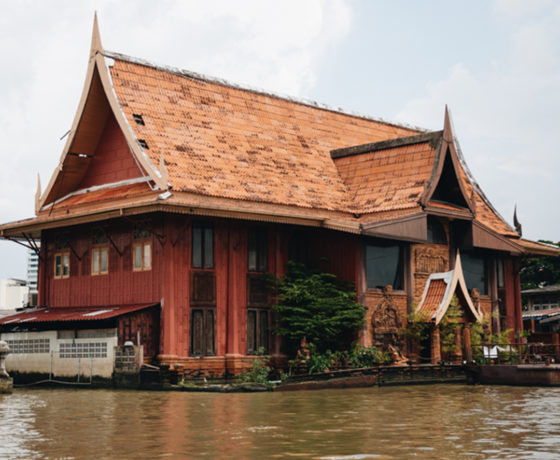 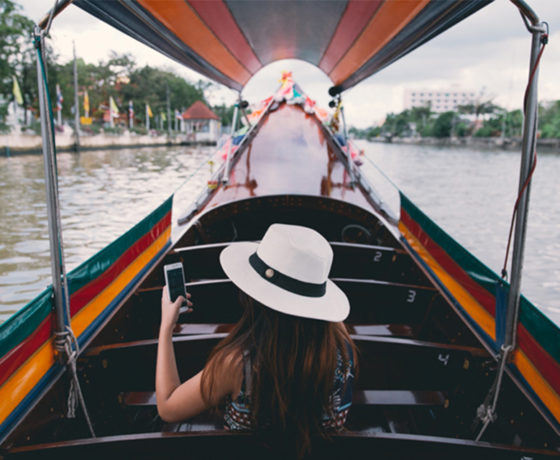 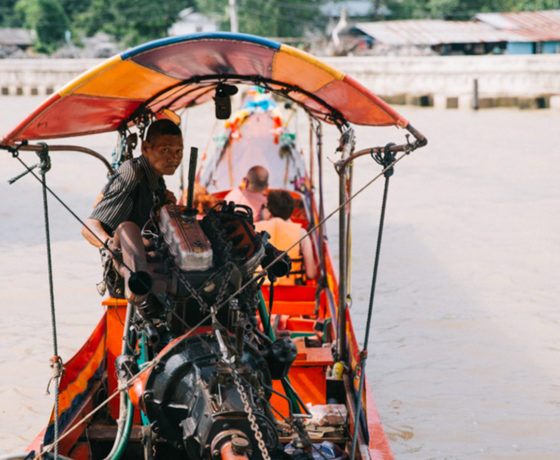 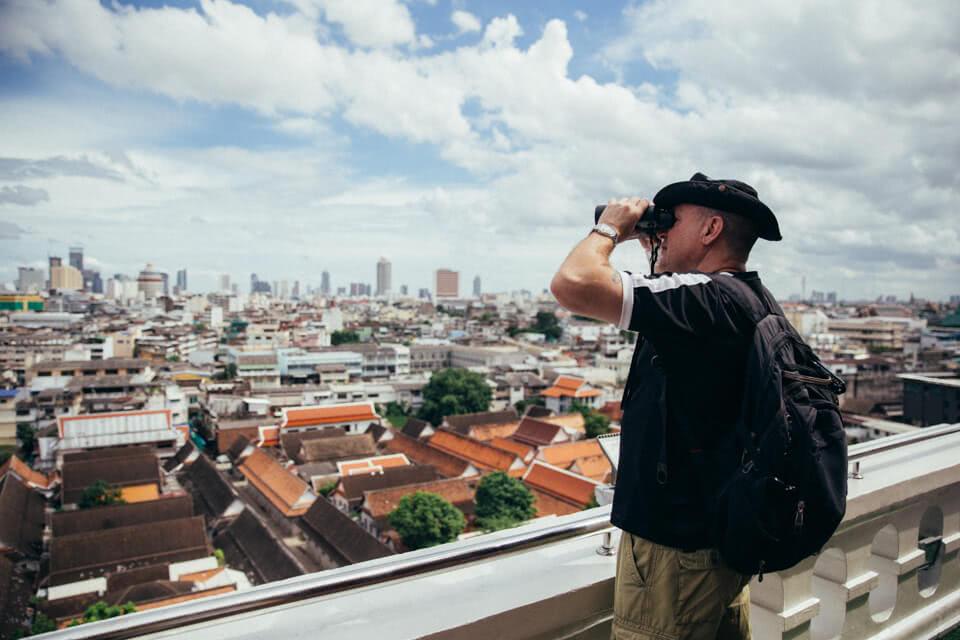 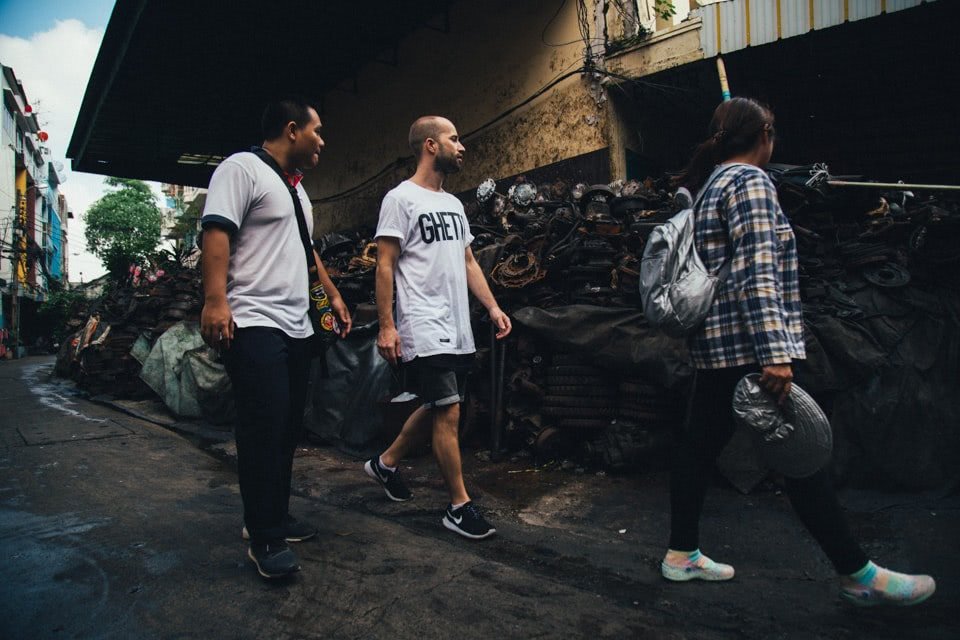 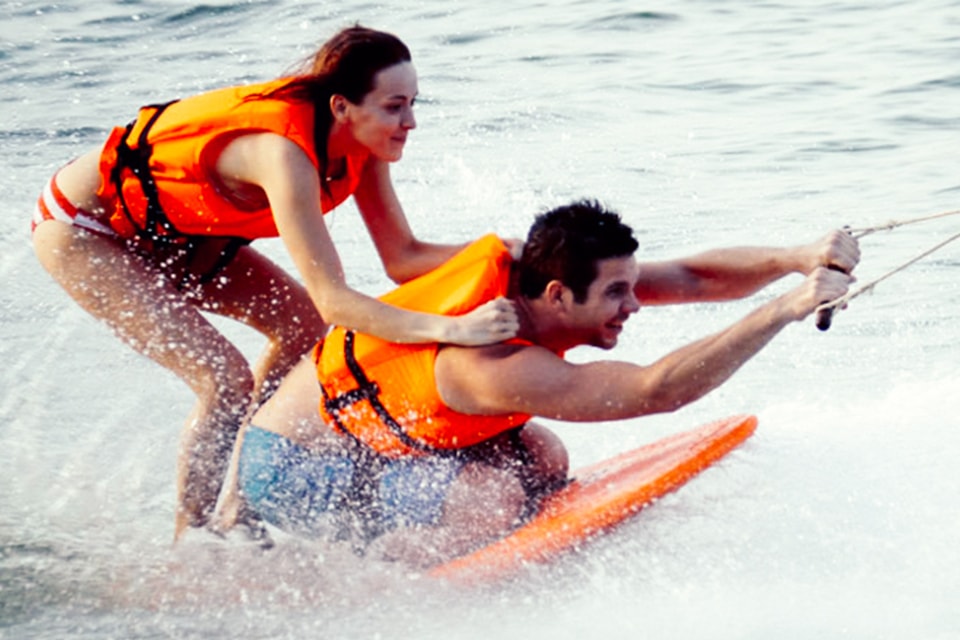 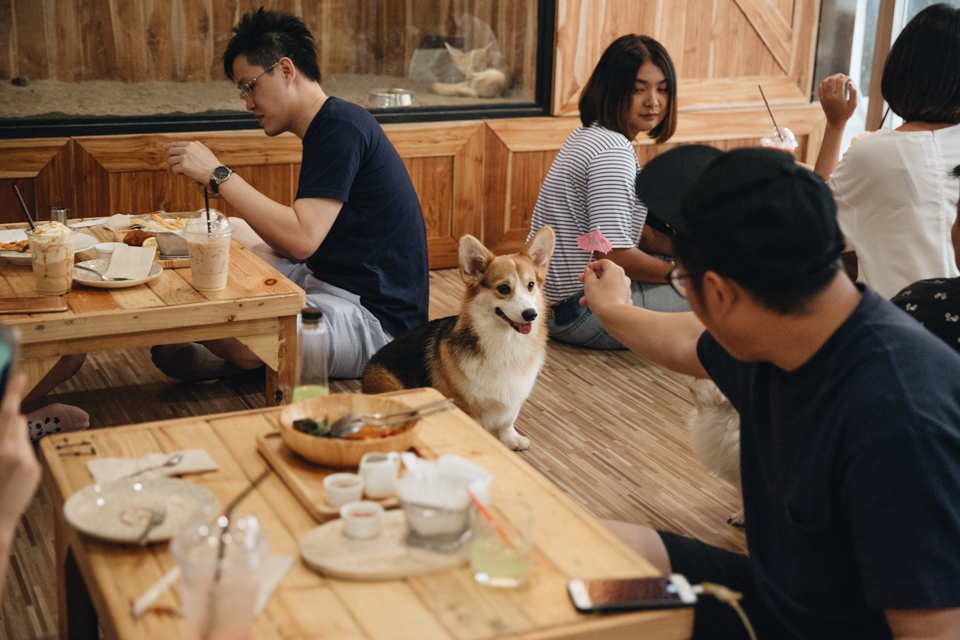 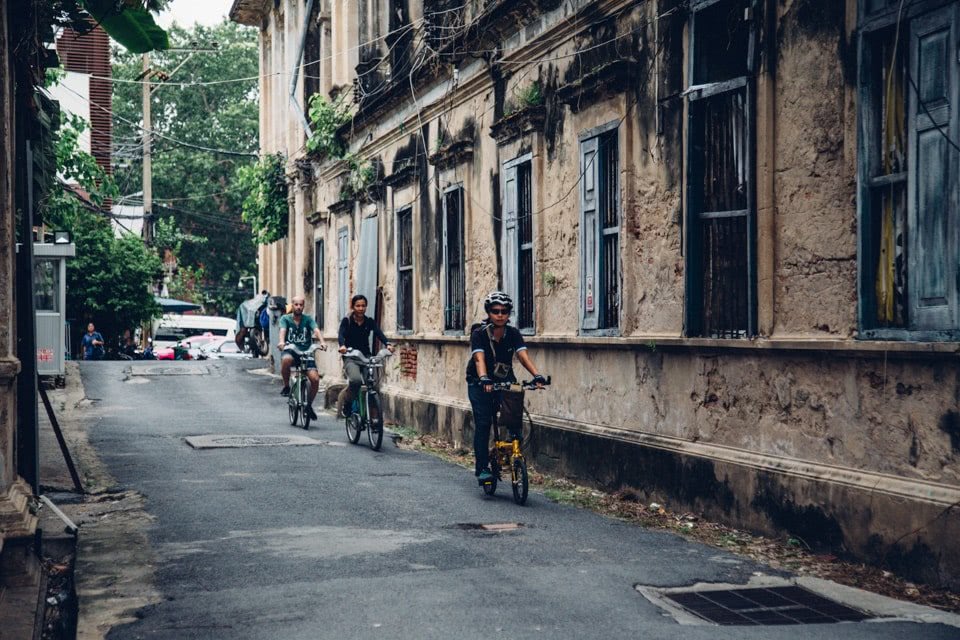 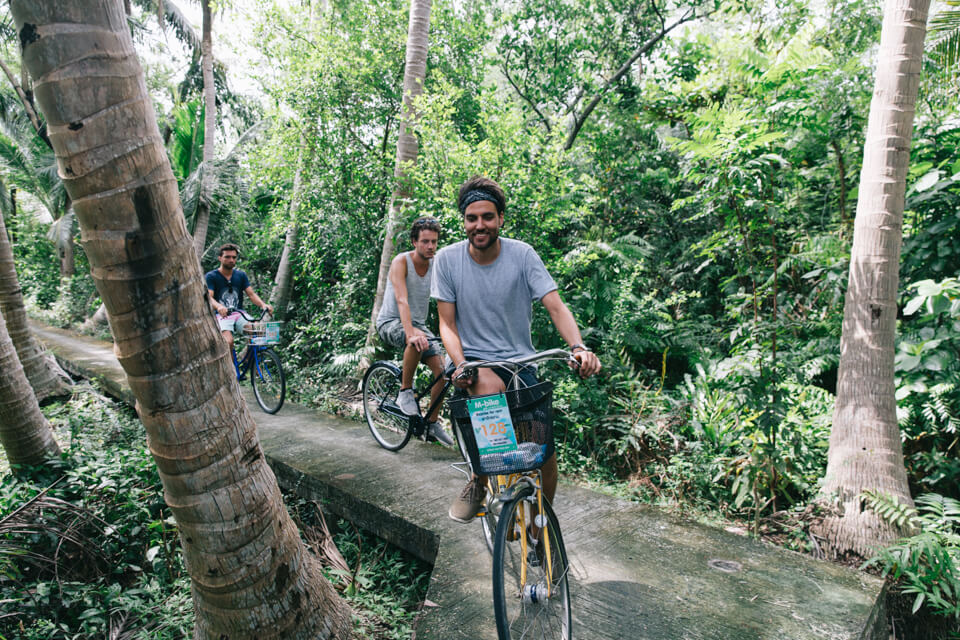 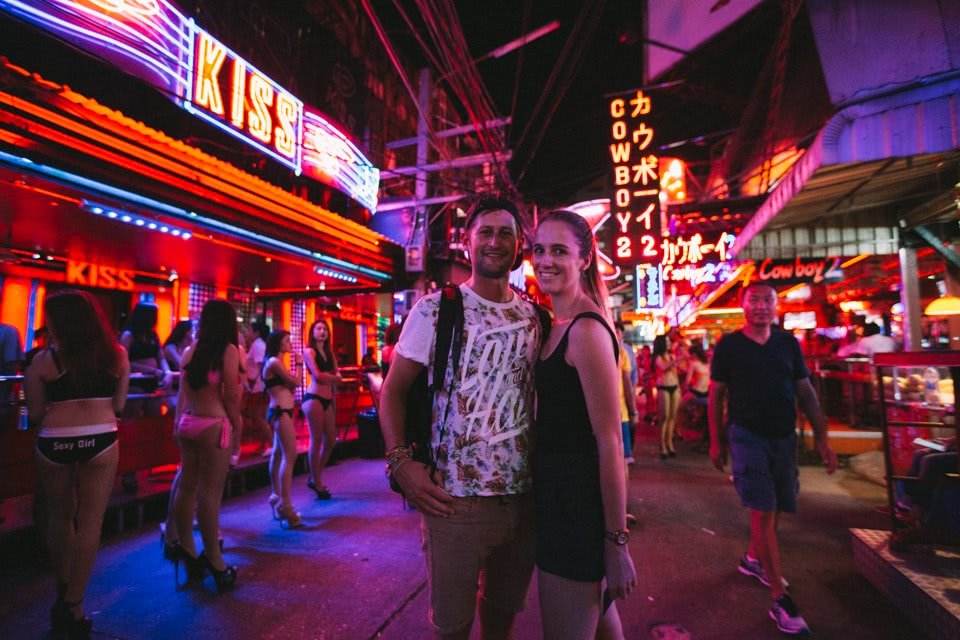 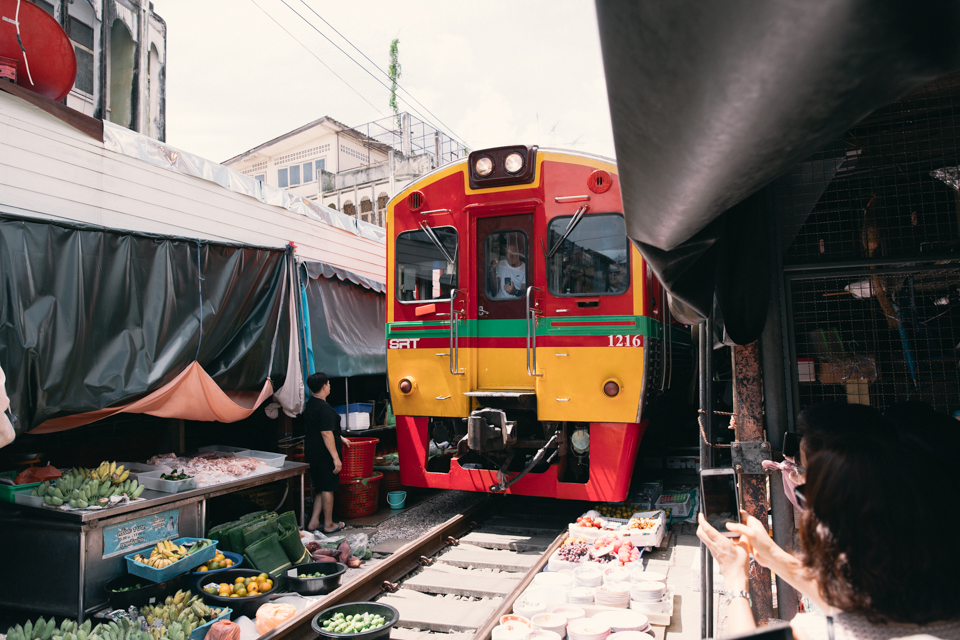 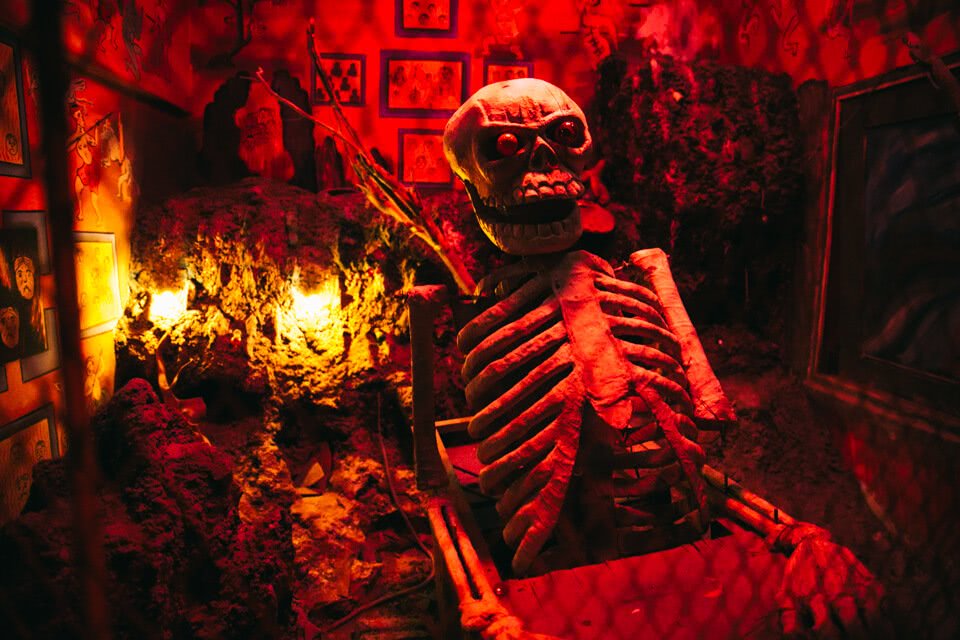 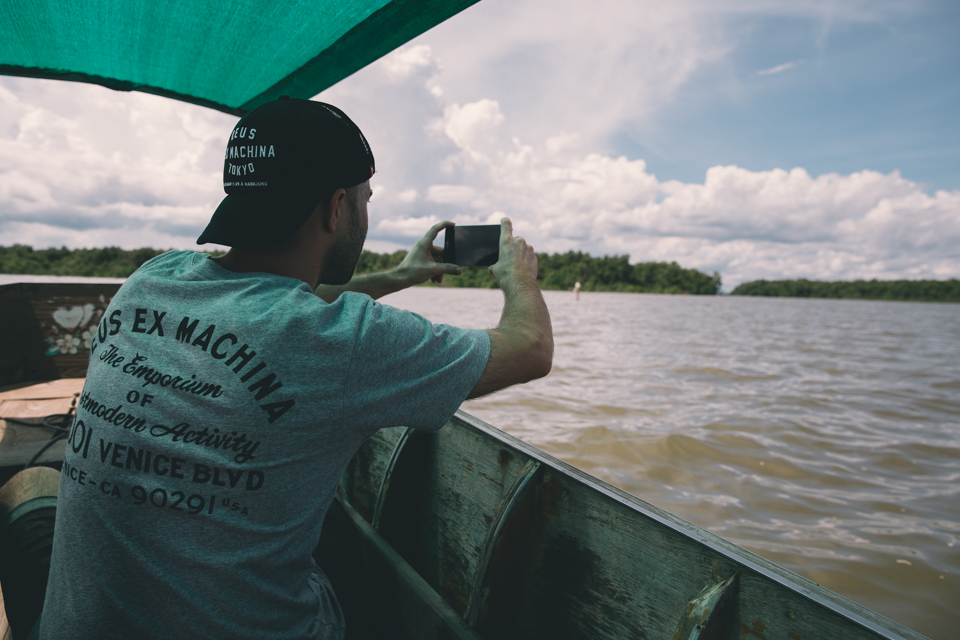 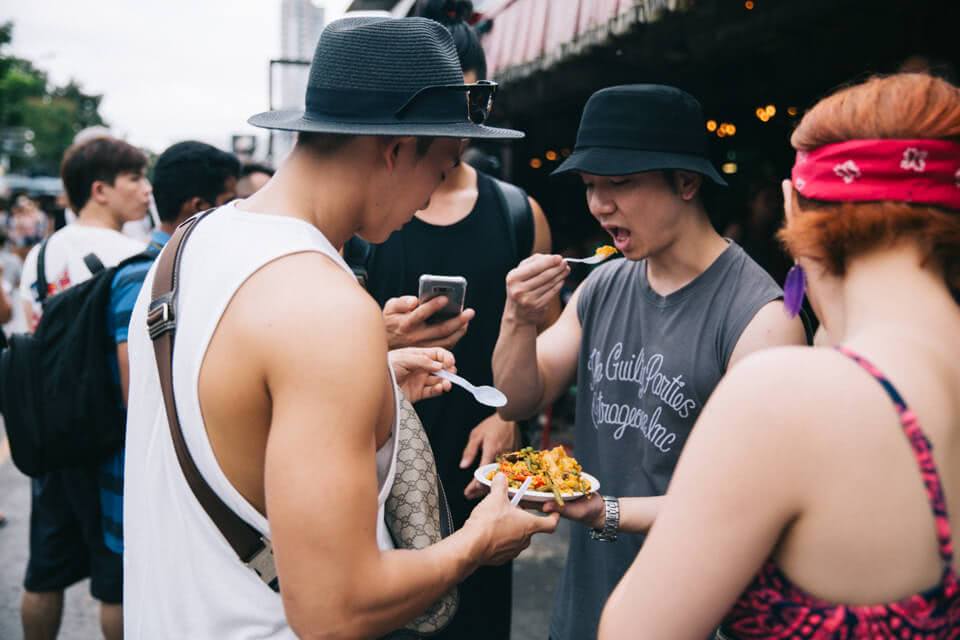